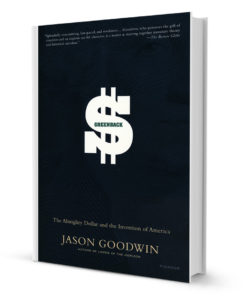 The story of the American dollar is the story of America itself, and in Greenback, Jason Goodwin tells the tale of how the country made the dollar and how the dollar helped make the country. Exploring everything from the meaning of the symbols on each greenback to how money works; from how it emerged out of a war to why it is now accepted everywhere, Goodwin packs his book with anecdotes, facts and figures, and the heroes and villains who in their own way made the dollar the most prevalent and sought after man-made object in the world today.