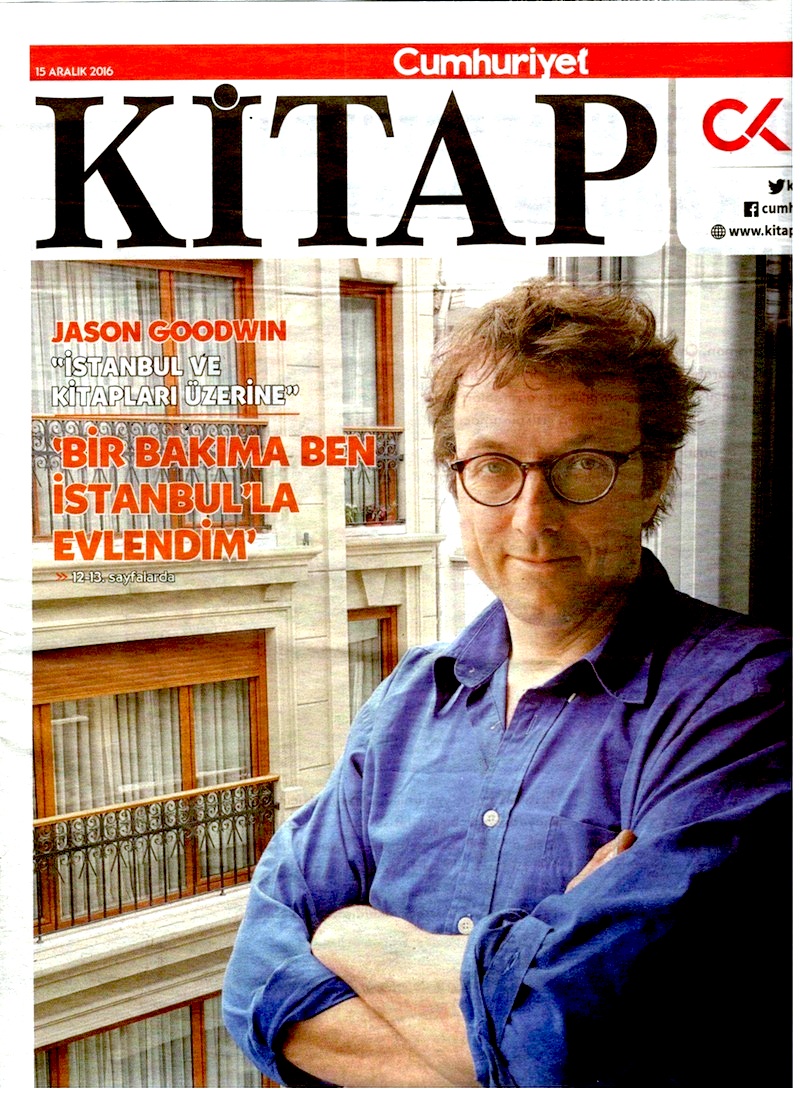 Cumhuriyet Kitap, Turkey’s answer to the TLS or The New York Review of Books, recently ran an essay I wrote on Istanbul. It was translated and introduced by Selçuk Altun, whose novels include The Sultan of Byzantium. Here’s the English version, with a few illustrations added:

It was an Irishman who introduced me to Istanbul, the great Irish poet W.B. Yeats. He had never been, himself: he never got further east than Ravenna. But he thought of Constantinople as the Holy City where, for a moment in the early days of Byzantium, art and action, feeling and intellect, had been fused into a single, graspable Truth.

That is no country for old men...Yeats wrote, in ‘Sailing to Byzantium’.

His belief had nothing to do with Istanbul; yet the outsider’s view cannot be disqualified. Istanbul has always been, in part, a figment of the imagination. The emperor Constantine, who founded the city in 330 AD, envisioned it as the New Rome; and it was as Romans, Romanoii, that the Greek-speaking rulers of the city faced their nemesis 1100 years later. The rough Frankish knights who turned the energies of the Fourth Crusade against Constantinople in 1204 saw the city as a painted harlot; the Venetians, meanwhile, as their California. The Vikings called it Micklegard, the Great City. The Muslims, who first attacked it in 668 AD, called it the Red Apple. Osman, whose descendants were to capture it in 1453, saw the city in his dreams, and even today, on the walls of old mosques and mansions throughout the Balkans and the Middle East, you may find it wistfully represented, a city of hills and kiosks, trees and minarets rising gracefully from the water: a glimpse of an earthly paradise. 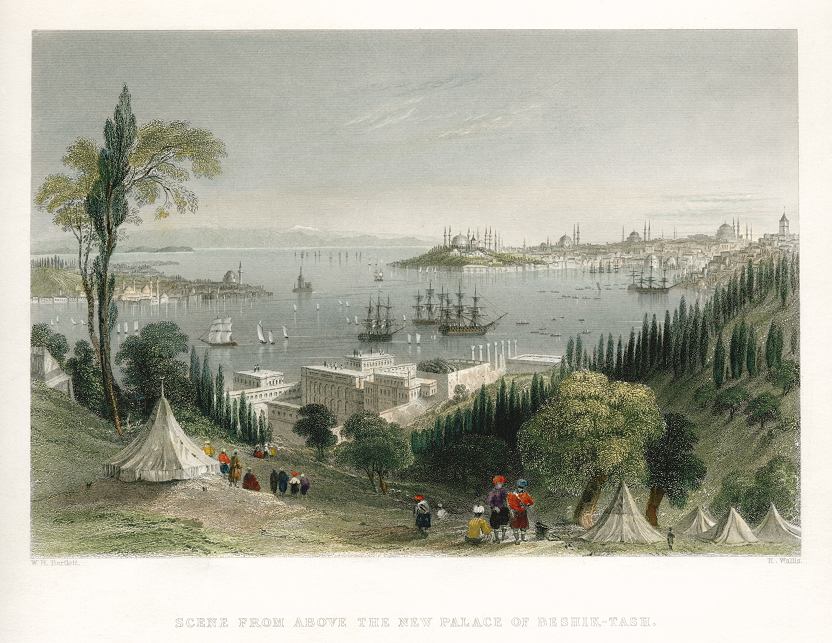 Some of these illusions may even survive an encounter with the physical city, too.

The young in one another’s arms…

I first came to Istanbul on a wave of youthful romanticism, making my own Haj across eastern Europe, on foot, treading woodland paths from the Baltic to the Bosphorus. I was 26 years old. I stood beneath the dome of Aya Sofia like those ambassadors of old who said: ‘We did not know whether we were in heaven or on earth.’ Outside, old men waved us to share their café chairs. The bread was dazzlingly fresh, the mackerel came off the boats, and in the Grand Bazaar a concoction of mint and chicken blew away months of dreary, Soviet-style meals. Walking across Europe was like a fairy-tale adventure; Topkapi was a fairytale palace; and the streets of Istanbul seemed tinged with gold. Of course I fell in love.

I married the girl who shared the journey: and in a way, I married Istanbul.

It was a city where you could bump your shins on history, eat well, take a ferry, ride a tram, and travel from one civilisation to another in ten steps. It took me a while to get to know Istanbul. I began like a jealous husband, raking up the past, combing through the stories people had told about her over the years. It helped that I had decided to write a book on that very subject: Lords of the Horizons, A History of the Ottoman Empire.

I wrote it to explain the Ottomans to myself. In Cracow, we saw some of the war tents captured at Vienna in 1683. In Hungary, we walked past a 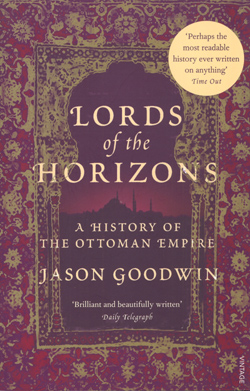 beautiful minaret, in a dusty town square. Who were those Ottomans? Where had they gone? I discovered there were many answers to those simple questions. For four years I immersed myself in books. There was something in the Ottoman style I liked – a gracefulness, a grandeur. As the former Yugoslavia tore itself apart, the old Ottoman settlement seemed less arbitrary, perhaps more merciful. My source for many stories was not in Istanbul, but at a private circulating library in the heart of what was once fashionable London, near Piccadilly. Among millions of books, all cloth-bound in library bindings, with stamped titles, I fell on the dusty memoirs and reminiscences of travellers and diplomats.

Some were fools. Some were wits. Charles White collaborated with Ahmet Vefik Pasha to write a three-volume description of the city in 1846. Eduardo de Amicis spent only six weeks in Istanbul, to write Constantinople (1878). They described the texture of daily life, which Istanbullu of the period seldom bothered to record. Everyone knows London, from Dickens or Sherlock Holmes: Istanbul never had that sort of chronicler. Those foreigners, amazed by everything they saw, wrote for posterity, creating prose pictures for their friends at home in an age before photography. They wrote down the mundane details of Ottoman life, and that is how I got to know Istanbul.

In time, of course, I discovered my city, not through the eyes of other lovers, but through my own. I came back three, four times every year, making new friends, visiting new places, tramping the streets of the city. My friends took me to places I might never have guessed existed, like Sinan’s bents in the Belgrade Forest. I liked ferries; forgotten parts of the old Genoese walls in Pera; hammam towels (but not hammams); mouldering hans; Istanbul Modern; smoking in taxis; and the certainty that there would be something extraordinary, memorable, perhaps invisible, within ten metres of anywhere I stood.

Perhaps it infected me: I started to write novels set in the city I knew from books. My detective hero Yashim investigated a coup attempt in the reign of Mahmud II, and a murder in Topkapi. Fiction gave me another way of telling an Ott 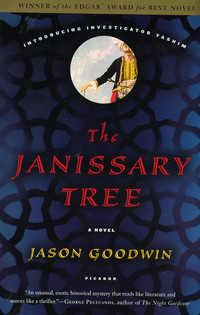 oman story, another way of looking at Istanbul. The Janissary Tree won the Edgar Allen Poe Award for Best Novel, and I felt encouraged to write more, trying to bring Ottoman Istanbul alive for readers all over the world.

One way was through the food. When Yashim wants to be quiet, and think, he goes home and cooks simple Ottoman-inspired dishes. Soon my readers were asking for recipes, and now I have collected and improved them, and added more, to make an Istanbul detective’s cookbook: Yashim Cooks Istanbul. So even when I am not in Istanbul, I can taste the city, and dream. It always was, partly, a figment of the imagination.