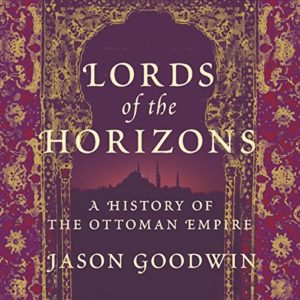 Country Life Magazine asked me to write about my week. Double click to enlarge.

In 1933 ‘a rather noisy boy’ with near-empty pockets and a head full of poetry set out from the Hook of Holland to walk to Constantinople. Paddy Leigh-Fermor was eighteen years old, fizzing with romance, curiosity and animal high spirits – eager, as his biographer explains, to  step away from a fractured childhood, a chequered school career, and a remote suggestion from his even remoter father that he should try chartered accountancy if the army didn’t appeal.

As he tramped across the Low Countries and down through Germany to Bratislava, two letters of introduction hoisted Paddy out of the hedgerows and into a half-forgotten world of castles and old libraries. Margraves and counts cheerfully passed him along, with hunts, and gallops, and long nights talking by the fire, and friendships forged, in the Ruritanian twilight.

That world was swept apart by the war, and it would be forty four years before Paddy related the first part of his journey in A Time of Gifts, followed seven years later by Between the Woods and the Water. Artemis Cooper reveals what Paddy left out, changed, or never quite wrote – including his tumultuous love affair with a beautiful Romanian countess, and the final leg of the journey, which took him beyond Constantinople to Greece, the country that was to shape his life.

He was in Moldavia, and in love, when war broke out. Too wild and singularly gifted for a regular commission, he fetched up in occupied Crete, where in 1944 he carried out the daring kidnap of a German general, an exploit unpicked in one chapter of this biography; the story entered popular legend through the book Ill Met by Moonlight, written by his companion-in-arms Billy Moss; in the film Paddy was played by Dirk Bogarde.

Paddy’s own rich and energetic writing was an extension of the life, of a man who seized the world around him and shook it till it rattled. What dropped down in late nights and laughter, liquor and lovers, were the gems and diadems of his life and prose.

He had eight languages and friends in all of them, from Cretan shepherds to waitresses, Vlachs to Duchesses, gypsies and kuss-die-hand German aristocrats. Some friends were lovers: horrid old Somerset Maugham, brooding on some perceived slight, defined Paddy as a middle class gigolo to upper class women, a mean twist on Paddy’s cheerfully seductive generosity. ‘Most men are just take, take, take – but with Paddy it’s give, give, give,’ said Ricki Houston.

They could be generous in return – above all Joan Rayner, his lover and amanuensis, whom he married in 1968 (‘I don’t believe in long engagements’, he remarked; they’d been on and off since the War). Maurice Cardiff was astonished when Joan dropped money on the table at a Nicosia café, ‘enough if you want to find a girl.’

The books came slowly, growing through layers and revisions inspired, perhaps, by a 3000-word magazine commission: Paddy drove editors crazy. In The Traveller’s Tree, P L-F anatomised the islands of the Caribbean; A Time to Keep Silence explored the monastic world, through which he often derived peace and solace; but it was with Mani and Roumeli, in a projected series that would cover the whole of Greece, that his intense and multi-layered fusions of style and passions emerged at their fullest extent.

The style – turreted like Guelf fortifications, bristling with knowledge, speculation, humour and keen observation – was the fruit of deep learning, which he wore lightly and absorbed freely, with dazzling leaps of imagination. His verbal dexterity sprang from a mind filled with ‘poems and songs, puns and riddles, limericks, sonnets, lists of hats and stars, and verses by the yard.’  As his mother had translated ‘It’s a Long Way to Tipperary’ into Hindustani, so Paddy put ‘Widdecombe Fair’ into Italian.

Until Joan and he built a house at Kardamyli, on the Mani peninsula, in 1965, his abode was never fixed for long: a succession of places lent or rented as need arose – a castle outside Rome where the rats attacked the butter, a cottage in Devon, a Greek villa, a small hotel, an Irish house, palaces and hovels in Spain, France, but of course especially Greece.

For the wandering scholar Kardamyli was the answer. It contained what John Betjeman called ‘one of the rooms in the world,’ filled with books and stoked with friendships and drink, overlooking the sea. Everyone came, of course: Chelsea and Grub Street, toffs and dilettantes, drawn by Paddy’s gift for friendship and surprise; Bruce Chatwin moved in next door. Joan allowed stray cats to wander about ‘as free as air currents’: they ran their claws over the divans and Paddy found the right expression: he called them ‘born down-holsterers.’

Not everyone got it: some people resented his bumptiousness and ebullience, and he could have a tin ear for the mood at times, as Cooper tells us.  But Paddy left most people feeling stronger (bar a hangover), their prose enriched, their humour and sense of wonder sharpened; and this marvellous biography, aptly named An Adventure, has the same tonic effect. Paddy’s exuberance could have overwhelmed his biographer, but whether describing a night attack on Crete, a love affair, or the political tensions over Cyprus that poisoned Anglo-Greek relations after the War, Cooper writes with a cool hand and clear head. Her book lives up to the majesty of the man, who died this year, at the age of 96.