Count Palewski, Polish ambassador to the Sublime Porte, burst into the room, waving a paper.

‘Yashim! Yashim! Have you seen this?’

Yashim glanced over his shoulder, knife poised above a bowl of little artichokes. ‘No. But have you seen one of these?’ He held an artichoke by its stem and twirled it in mid-air. ‘George brought them in from Kadikoy this morning. Grown in his garden. The smallest artichokes – you could almost eat them raw.’

‘Stop babbling, Yash.’ Palewski flung the paper onto the sofa, and tapped at it. ‘Le Moniteur Ottoman. You’ve seen it?’

‘You’re in it, Yashim. Prizes, glory!’ He snatched up the paper and squinted at the front page. ‘Well, glory at least. You might not actually win the prize. It depends on what the Guild decide.’

‘The Guild? What Guild – of Soup Makers?’ Yashim had a momentary vision of old Mustafa, the Albanian Guild Master, lowering his moustaches over a steaming bowl of tripe soup. After what had passed between them during the period of The Janissary Tree, Yashim thought it unlikely that Mustafa would be handing him a prize.

Palewski sat down, and spread Le Moniteur across his knees. ‘Not the Soup Makers, no. But affiliated to them, maybe. Food Writers,’ he read slowly. He looked up. ‘The Guild of Food Writers. They’ve made a list of books they might give a prize to, and you’re on it. For your first cook book.’ 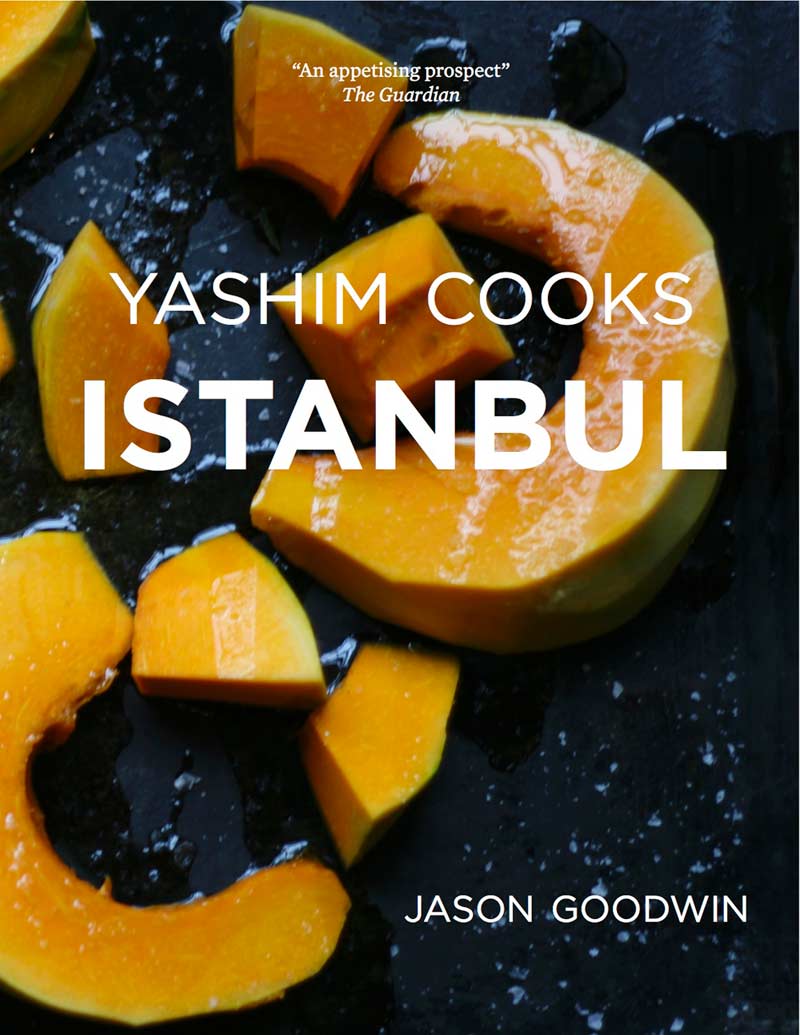 Yashim laid down the knife and folded his arms. ‘But I haven’t written a cookbook.’

Palewski waved away his objection. ‘No, no, but someone did, and they based it all on you. Comes to the same thing. Your cooking, Yash. Leeks in oil, and chicken with walnuts, and that excellent thing you do with lamb, you know, from Konya? In the sealed pot. Book’s got your name on it, too. “Yashim Cooks Istanbul.” They say it’s awfully good.’

‘Oh, all the chaps. NPR and the New York Times. Delicious. It’s like Le Moniteur, but for cooking. And now the Guild have chosen it for their shortlist.’

‘I think,’ Palewski said slowly, turning his head to look at the small bag on the floor at the end of the sofa: ‘I think –‘

‘It calls for celebration?’

‘What an idea, Yashim! But yes, why not? If you insist. I happen to have a very good bottle of champagne, the real thing, left by those Italian boys in the Baklava Club. I’m sorry – I didn’t mean…’

‘No, no.’ Yashim gave him a reassuring smile. ‘The Baklava Club. It’s all over now. Fetch out your champagne. I’ll get the glasses.’

The bottle was cold. The cork flew. Yashim drank, but lightly, listening to Palewski talking happily of the Istanbul cook book, and the pilaf with hazelnut and lemon, and a fish, poached in paper – and a dish of beef, with sorrel sauce, which took the ambassador home again, to the shores of the Vistula, and the rolling foothills of the Tatra mountains.

Yashim Cooks Istanbul: Culinary Adventures in the Ottoman Kitchen has been shortlisted for the 2017 GFW First Book Award, the most prestigious in food writing and broadcasting. Copies are available signed and postage free here: YASHIM COOKS